Once Written, Twice Rejected: One piece of my #CVofFailures

Have you seen the trending #cvoffailures?  It stems from an idea from a 2010 article in Nature by a lecturer at the University of Edinburgh, Melanie Stefan (@MelanieIStefan), that we should keep our failures close, so we can have some perspective on our successes as well as help encourage others.  Johannes Haushofer, a professor at Princeton University, took this idea and ran with it.  He is becoming famous for publicizing a CV of all of the jobs that he didn’t get, grants that didn’t get funded, papers and projects that got rejected, and more.  He argues that this CV has gotten more acclaim than the totality of his published work.  Some have argued that maybe he wouldn’t be so brave if his CV of success wasn’t so illustrious.  Well, I’m here to post a piece of specific evidence from my CV of failures.  You can see my CV of success on this page, so you can see that I’m an Assistant Professor, on the tenure track, and I have no big grants.  I have my book, a few articles and book reviews, and a handful of conference presentations.  I’m still, technically, a junior scholar and I hope my biggest successes are ahead of me.

I don’t feel particularly brave doing this.  My hope is that other scholars, and people outside of academia, may be somewhat encouraged by the situation I’ll entail below, and in the next few posts over the next week or so.  Because it is a full-length journal article (around 10,000 words), I chose not to put it all in one post.

I had a sabbatical last semester, and I got quite a bit of research done for a couple of new projects.  I didn’t get a whole lot written, but I did write up an article based on a conference paper I gave a few years ago.  The article is titled: “On His Majesty’s Secret Service: James Henry Breasted, Accidental Spy.”  I submitted it to a few journals, but it’s a hard one to place.  It isn’t a history of espionage; it isn’t really a history of archaeology or Egyptology (you’ll see–I’ll be posting the full text of it here, later this week).  Finally, I found an editor at a Top Journal who liked it, but rejected it because the subject just didn’t fit their focus.  Later, this same editor came back and asked me to re-submit the paper because they had found a place for it in the journal.  So I did.

The paper got rejected again for asserting claims that were “exaggerated and illogical” according to one reviewer, and according to the other, “overblown and unsubstantiated.” Even though I had archival evidence which, I thought, clearly supported my argument, neither reviewer liked what I said.  One reviewer chose to pull out all the statements s/he thought were “overly dramatic” and made sure I understood that biplanes cannot hover, but did not give much advice on how to make the paper better.  The other reviewer essentially rewrote my argument in less “exaggerated” tones, using much the same evidence I did.  This second reviewer did suggest I seek out other sources, such as government documents in the National Archives in the US and the UK, in order to check my story and possibly back it up more substantially.  Unfortunately, I have neither the time nor the resources to do this.  Therefore, I am choosing to drop this project and instead, post the full text here for your perusal, your review, your suggestions, and your thoughts.

I am not saying that the paper you’ll (hopefully) read over the next few posts is the best paper ever written, or that it deserved to be accepted to this particular journal.  I honestly could not tell you why, exactly, these reviewers did not agree with anything I said, except that they thought I was being dramatic.  They obviously read the evidence differently.  I do wonder if my argument was too far off the accepted Breasted narrative that it just made these scholars uncomfortable.  What I am saying is that scholarship is hard; adding to the narrative is a difficult path to take when gatekeepers won’t listen; and sometimes you simply have to shake it off.

I wrote one paper which got rejected twice by the same journal.  I’m sure I’m not the first to experience this and I won’t be the last, but it is a hard pill to swallow.  Here is an unedited piece of my CV of failures.  I’m nervous to post because I could be completely wrong about the reviewers and my claims could be exaggerated, overly dramatic, and illogical.  But, here it is. 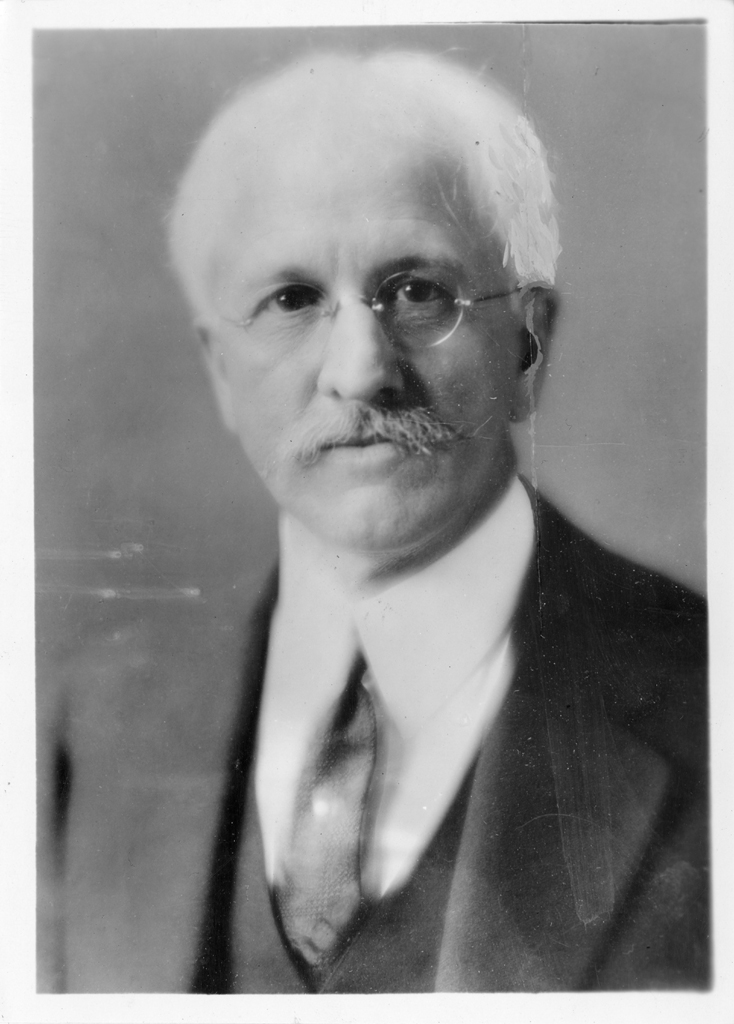 Upon his arrival in Cairo in 1919, James Henry Breasted met with the General Sir Edmund Allenby at the British Residence for dinner.  After dinner, the two spoke at length about the post-war political situation in the Near East.  Breasted wrote to his wife about it that evening:

…I had taken the first opportunity to say that I hoped to further the establishment of cordial cooperation between his country and mine in the future control of the Near East, and for that reason I would be glad of an opportunity to learn all the facts regarding the situation which it might be proper for me to know.  He made no response whatever, but he at once began to talk (30 Nov. 1919).

This was the beginning of a long and difficult journey in which Breasted and his crew—Daniel Luckenbill, Ludlow Bull, William Edgerton, and William Shelton—became the first non-Arab people to cross the Mesopotamian desert since the founding of the new state (Larson ed. 2010, 11).   The expedition had begun as a scientific expedition in 1919, but had immediately been swept up into the British Intelligence mission.  Breasted’s situation as an archaeologist-turned-spy was not unique: the British had been using archaeologists as spies since the 1870s.  However, the fact that he was an American gathering intelligence for the British was indeed extraordinary.  First, and most obviously, it shows that Breasted was not only a well-respected scholar, but also someone with careful diplomatic skills.  It also demonstrated that the British were willing to use whatever resources they had to advance their station in the Middle East in this crucial rebuilding period.  That the United States did not take advantage of Breasted’s position that year also meant that they were not prepared to move into the Atlantic world in the tumultuous period after the First World War.  Although it is not clear whether or not Breasted knew of the British Army’s expectation of covert duties and meetings before he traipsed across a still-war-torn desert, it is obvious that he had a clear agenda of gathering intelligence for the British in exchange for their protection and freedom of travel throughout his expedition.

Many who are familiar with the career of James Henry Breasted—the first American Egyptologist, the founder of the Oriental Institute at the University of Chicago, and former president of the American Historical Society and the History of Science Society—do not know about his time as a spy for the British just after World War I.  Even though there have been two full-length biographies of Breasted, one by his son Charles Breasted and the other quite recently published by Jeffrey Abt, both neglect to analyze this fascinating story (C. Breasted 1943; Abt 2011; PttP p. 240-322).   Other recent work, published in conjunction with the 2010 “Pioneers to the Past” exhibition at the Oriental Institute at the University of Chicago, also discusses Breasted’s expedition and the archaeological ramifications of it (Emberling ed. 2010).   James Gelvin’s chapter “The Middle East Breasted Encountered, 1919-1920,” reveals many of the delicate political situations he encountered along his journey; and an extensive chapter outlining the expedition’s itinerary in detail also reveals his intelligence mission, but remains focused on the archaeology (Gelvin 2010; Emberling and Teeter 2010).   It is to be expected in scientific narratives and biographies of scientists, especially those who have been particularly influential in their field, that the practice of science will outweigh the non-scientific parts of their careers, so specific attention should be paid to this part of Breasted’s career.  It is significant for historians because, even though others have recognized this part of his expedition, no one has yet examined his intelligence and covert activities exclusively.

Usually spending several months away from his family, Breasted is famous for writing letters to his wife and children in the form of field journals, and the 1919-1920 expedition was no different (Larson ed. 2010).   In this paper, I will use these letters in order to analyze Breasted’s brief intelligence career and reconnaissance mission for the British government.  By examining his letters back home to his family from the 1919-1920 expedition, it becomes obvious that he did concentrated work to gather intelligence on the state of the peoples and political environments as he traveled, all the time being supported and protected by the British Army, and sometimes by loyalist local groups.  Along the way, he met major figures in post-war Middle Eastern politics and in British Intelligence.  He escorted a number of them to important Egyptian archaeological sites, dined with them on a regular basis, and continued friendly relationships with them long after this mission.  American officials, however, were seriously lacking in their roles in this story as well as in their helpfulness.  With his unique perspective as a cultural heritage expert and as an American with (seemingly) no vested interest in the area, Breasted’s intelligence work in Mesopotamia was a situation of opportunity and defiance.  The local groups were used to dealing with European and American archaeologists, so Breasted’s group was in no real danger as a scientific expedition.  Local leaders knew that Breasted and his crew likely had the support and therefore the ear of European and American powers and took the chance and let their situations be known.  In the end, however, both Britain and the United States ignored the information he reported about the troubled area.  Breasted’s cultural and political insights would be critical to British decisions about their actions in the Middle East, if not in their application, then in their conclusions.  Breasted’s position as a well-paid, trusted scientist allowed him special access into an unstable post-war environment in which he could gather profitable objects for museums who had money as well as profitable information for almost anyone who wished to move into the area.  The British Army knew this and took special advantage of his situation.

*I will post my works cited at the end of the postings.

6 Responses to Once Written, Twice Rejected: One piece of my #CVofFailures