Part 2: The Paper and The #CVofFailures

On Tuesday, I posted the beginning of the most recent piece of my CV of Failures. Everyone has been amazingly supportive–not surprisingly.  It is hard when you put yourself out there publicly.  When you submit an article to a journal, you feel like only a select few will read your raw words, then get back to you.  Here, I’m making those raw words (and some of the reviewers’ words) very public. 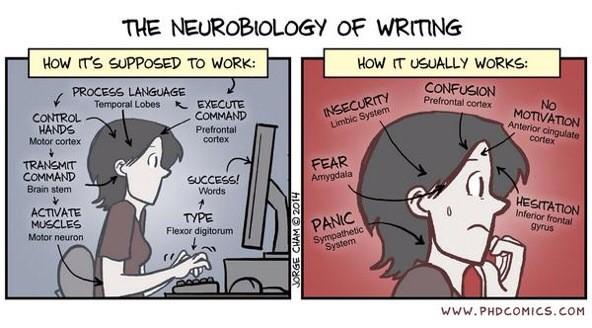 The History of Intelligence in Britain and the United States

The history of espionage and covert acts is not often included in other fields for a few reasons.  First, finding proof of covert operations in the archives is difficult, due to many of the documents and activities being classified.  Second, even if it is possible to find written evidence, it is even more difficult to definitively prove that spy activity affected political, economic, or military proceedings.  And third, related to the second reason, while the intelligence world has had a clear impact on history, the episodes associated with them are not as visible as other events such as revolution, war, or groundbreaking legislation (although they are arguably more exciting).  In spite of these difficulties, there are a number of histories of the intelligence world that attempt to bring these bureaus and their operatives into the larger narrative and demonstrate their historical agency.  For the United States and Britain, these histories run parallel and even intersect at some major points.  Each country tended to focus their intelligence gathering operations on lands that were within or near their respective spheres of influence.  Early in the twentieth century, this tended to be Mexico and Central and South America for the United States, and Europe and the growing Empire for Great Britain.  Literature in the history of espionage tends to focus on military and governmental groups as opposed to any operatives specifically; in doing so, authors omit some major characters from the story.*

The main works in early intelligence in the United States focus on military attachés and other military personnel, as they were the people heavily involved in setting protocol and had the training and skill to perform delicate tasks involving covert operations.  Jeffrey Dorwart’s definitive two-volume work on intelligence focuses on the development of the Office of Naval Intelligence (ONI), which he calls “America’s first intelligence agency.”   The first volume covers the period from just after the end of the Civil War in 1865 up to the end of the First World War.  He clearly shows the fledgling ONI as having budget issues, personnel problems, and general issues of support from Navy officers as well as the Secretary of State and the President. During Woodrow Wilson’s time as President (1913-1921), the intelligence world in the United States, which had been growing in scope and size, began to shrink.  Furthermore, the focus of this intelligence was not primarily in Europe, but instead on domestic issues and on the fledgling new states in Central and South America.  The US wanted to make sure that European powers stayed out of the Western Hemisphere, as well as get access to trade agreements, natural resources, and government control.

During the same time in British Intelligence, because Great Britain itself was so small, yet their Empire so vast, they needed to make sure they had the means to gather information on their colonies as well as other European powers.  Christopher Andrew wrote the two definitive histories of British Intelligence, and demonstrates that they had early frustrations similar to the ONI in the United States (Andrew 1986; Andrew 2009; Jeffreys-Jones 2013).   Intelligence was a small division within the government and were comprised of underfunded military departments.  As did the ONI, British intelligence grew up to and through the Great War.  There was government support for intelligence during the War because of their proximity to conflict as well as the opportunity for imperial gains after the fighting had ended.  During the War the budget for intelligence in Britain was about £100,000; by 1919 it was cut by two-thirds; by 1921 the budget was just ten percent of its wartime height (Andrew 2009, 117-8).   Even though British forces were fighting in the Middle East during this time, and they were heavily interested in the resources and land available there, Andrew and others pass over discussion of that important covert battleground.

During and after the First World War, Britain gained political control over much of the Middle East and the Levant, but indeed they had relatively little knowledge of the areas or the peoples who lived there.  They needed to work as closely as possible with the native groups in those areas in order to control them easily and to maintain a peace.  For both the US and Britain, the financial and moral issues were insurmountable and many of these agencies could not spare the money or the personnel to cover every area.  To solve the problem, they counted on civilians who were already in place to uncover and report information.  The ONI hired trusted, known entities such as bankers, lawyers, merchants, and other men who “came from old Yankee stock, carrying ties to some of New York’s oldest and wealthiest families” (Dorwart 109).    These men, such as Ralph Pulitzer and banker Reginald C. Vanderbilt, could be trusted, and, as a bonus, would have had access to international trade and therefore international information.  Throughout the First World War, these operatives kept German spies from fully infiltrating or destroying American ports.  They also hired archaeologists, such as Sylvanus Morely, who had cultural connections and perspectives on local activities that wealthy businessmen did not (Harris and Sadler 2003; see also Kuklick 1993).   Likewise, the British Intelligence Bureau and the British War Office relied on the people who knew the most about these areas, culturally as well as historically, so they called on archaeologists.  These offices recruited and trained historians, linguists, and archaeologists in gathering and reporting intelligence from the field.  This practice was so well known among intelligence operatives that by 1917, ONI Director Roger Welles was discussing with William Sims, then-commander of US Naval forces operating from Britain, that the British had a “‘corps of grey-haired Oxford Professors, Egyptologists, Cuneiform Inscription Readers, etc., who break ciphers with great facility…’” (Dorwart, 123).   In fact, from the earliest days of archaeology in the Middle East, the British understood that archaeologists made exceptionally good intelligence agents and were expected to report “anything of military interest that they saw” (BAR 2013).   They had well-established relationships with indigenous peoples because of on-site work; they had insight into the history and cultures of the peoples they encountered; and, most importantly, archaeologists were able to travel discreetly as scientists while gathering sensitive information for the government.  The intelligence work archaeologists did from 1914 to the mid-1920s was crucial for the development and stability of British power in the Middle East after the Great War.

In the history of archaeology and anthropology, scholars have written numerous histories and biographies of scientists that include at least some mention of covert activity (Anderson 2013; Goodman 1985; Wilson 1990; Abt, 233-248).   Because of this, archaeologists such as T. E. Lawrence, Leonard Woolley, David Hogarth, and Gertrude Bell are fully associated with the intelligence world as well as the scientific one.  There are a few works that center on covert activities, but they tend to focus on the Second World War, and not the First, and very few that discuss the Middle East (Harris and Sadler; Hueck Allen 2011; Price 2008).   One major exception is James F. Goode’s Negotiating for the Past: Archaeology, Nationalism, and Diplomacy in the Middle East, 1919-1941, which is an important work that bridges the gap of the Interwar period (2007).   Most frequently, however, it has been the journal article and not the monograph that covers this kind of activity, and rightly so: archaeologists were not full-time spies (Browman 2011; Price 2000; Price 2003).   Some were full-time spies but only during wartime; others were part-time spies while they performed their archaeological tasks.  Most continued to be paid by the institution for which they should have been researching, and few were trained in espionage in any way.**   This meant that their work in the intelligence world was secondary at best to their scientific work, therefore documentation is relatively minimal.

*The major sources I focus on here are classic works in the genre, such as Christopher Andrew, The Defence of the Realm: The Authorized History of MI5 (New York, 2009); Jeffery M. Dorwart, The Office of Naval Intelligence: The Birth of American’s First Intelligence Agency, 1865-1918 (Annapolis, Md., 1979); Jeffery M. Dorwart, Conflict of Duty: The U. S. Navy’s Intelligence Dilemma, 1919-1945 (Annapolis, Md., 1983); G. J. A. O’Toole, Honorable Treachery: A History of US Intelligence, Espionage, and Covert Action from the American Revolution to the CIA (New York, 1991); John M. Tidd, “From Revolution to Reform: A Brief History of U.S. Intelligence,” The SAIS Review of International Affairs 28:1 (2008): 5-24. As O’Toole notes (4), there is scarcely a word to be found about espionage in most traditional narratives of American history, and it is missing from most historical analysis of wartime, peacetime, and policymaking. Tidd’s article outlines more intelligence history and focuses on the cryptographic side of intelligence; I will not talk about cryptographic work. There are so many aspects to intelligence work, I have chosen two of the main agencies working in this period for Britain and the US—MI5 and the ONI, respectively

**Breasted received no training. Harris and Sadler remark that Mayan archaeologist Sylvanus Morley, who was “arguably the finest American spy of World War I” only received 16 days of training (xi; 46)

4 Responses to Part 2: The Paper and The #CVofFailures