Let Me Google That For You

Posted on February 9, 2016 by Kathleen Sheppard

I’ve been absent for a while, mainly getting my tenure dossier ready (yikes!!) while getting used to teaching again after a semester off for research.  I’m also trying to keep the research momentum going that I built up while on research leave.  It’s hard to do all of that, but it seems to be going well.  I have some planned blog posts coming up–including my first guest post!–but I wanted to talk about Google and its usefulness in our research.  I have some questions for you, and I would like your candid answers if you wouldn’t mind. 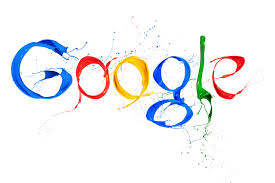 Do you use Google for research?  If so, is it your first place you go?  How do you use it?  To find scholars?  Books?  Articles?  When do you visit Google?  At the start of a new project?  When you get stuck in all the traditional places such as the library, JSTOR, OCLC, or your go-to online archives?  Do you use Google Scholar?

I ask all of these questions because I’m pretty far into a paper.  This paper has been presented once at a large conference; another iteration of it will be presented at a small regional one.  Yet another, extended version of it will hopefully be published in an edited volume soon.  18 months into this idea and I finally started Googling some of my main characters, terms, excavation sites, and general subject matter.

This process of simply Googling a character and a site revealed a lot of new sources, especially free e-books and a few other scholars who work on a similar topic.  I’ve been able to get in contact with one of these scholars, and the work she’s done is fantastic and she seems like a pretty cool woman to boot.  I also found 2 conferences that I’m missing this year, but both of which I can submit to for 2017.  I never would have found these without Google.

I think sometimes as scholars we steer clear of Google because Wikipedia tends to pop up first (the likely subject of another post), or there are so many other sources to sort through we just don’t have the time.  But you can also find Academia.edu pages, scholars’ blogs (like this one!), archives, conferences, conference proceedings, newspaper articles, and more.  I would have missed most of these sources because my usual starting places, I listed them above, don’t search for the things Google does.

These are just a few Google ramblings, but I think it’s important to talk about sources and where we find them.  What is your process?  If you’re leery of Google, tell me and Let Me Google That For You.

This entry was posted in Uncategorized. Bookmark the permalink.

5 Responses to Let Me Google That For You